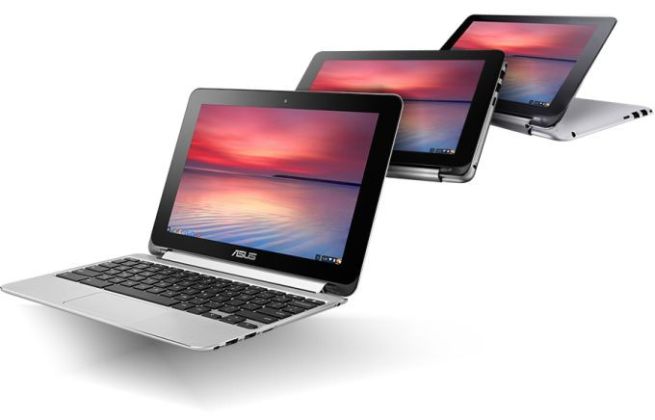 Acer and HP have a good book to draw from, also in the market, and the Taiwanese company has launched in response to some interesting models, like the Chromebook Flip C300.

Another, more recent, chromebook has just made ​​its debut in the market: the model in question is the Chromebook Flip C100, a compact convertible and price, of course, very content.

The main feature in the design of the Flip C100 is the presence of a display panel with a 10.1-inch 1280 x 800 resolution and capable of rotating 360 degrees on the hinges and therefore allowing to hold the terminal as a tablet.

The new Chromebook Asus is not naturally a monster of power, but a device with great portability, suitable for those seeking a tool for web browsing and word processing.

The Chromebook Flip C100 is available for now only through the website of the American portal Asus and Amazon with a starting price of $ 250, but since the arrival of the C300 there are high hopes that soon reaches our market.

« Gear Samsung S2, its official presentation before the IFA
Acer is preparing the launch of new devices with Windows 10 »