Last year we could see Sharp we presented its proposed new terminal for the mobile world 2014, were not terminal high performance but had a feature that until then had not seen phones with almost nonexistent frames that gave a new experience when interacting with your smartphone. 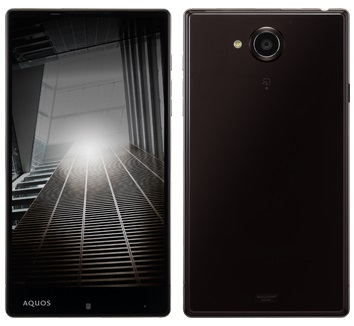 Now, after a year, the Japanese brand shows the evolution of its terminals, the Aquos Aquos Xx and Crystal 2. We speak of two terminals for two distinct segments, the first is a phablet that is clearly on the high end, while the Aquos Crystal 2 is in the middle range.

Like previous models, these terminals will -for the moment- available only for the Asian market, but possibly with the passing of the month see them for the Western market in the hands of a carrier like Sprint, it brought the first Crystal AQUOS version of the US We have no information regarding the final price of these terminals, but we will keep you abreast of that information when it becomes available.

« Phone Light Wants Us To Return To Our Origins In The World Of Mobile Telephone
Trekstor DataStation Peak, SSD 3.0 quality for companies and professionals »