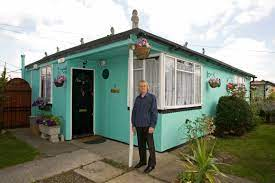 We face something of a housing crisis. The properties that we do have are very expensive and raising a deposit is virtually impossible for any first time buyer. Existing homeowners have an advantage, as long as the market stays buoyant and they don’t get into negative equity. New build properties are immediately snapped up by property organisations or independents for the Buy to let market and social housing is factored in but not made a priority. Building more stock is fine but we don’t have the space that other countries have. The green belt is decreasing and the use of Brownfield can be cost prohibitive and if sensible. At least you can find a well priced conveyancer to do the legal and survey work in Building Survey Manchester based firm Sam Conveyancing. That will reduce the cost a bit. 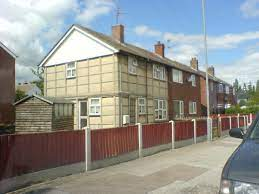 The situation is not as bad as that faced by the Labour Government in the 1940’s. The problem that they had was simple, there were no houses and what they were was totally unaffordable to the regular British populace. Owning a home was a dream (much as now) that was pretty much unobtainable. For a start there was little in the way of mass building. Some employers had created model villages such as Cadburys in the Midlands and a project in Lanarkshire. However there was also a considerable alint of slum buildings where people were crammed into lightless sinkholes. This problem for the government was solved by the Luftwaffe. These slums were mainly located near to industrial sites like Docklands and Manufacturing areas, the very places the German Air force was looking to target.

If areas to develop wasn’t an issue, what the houses would be made of was. Bricks were expensive and would take too long and wood was not an option. People needed houses and quickly. The winter was coming and typically the winters of the late 1940’s had a tendency to be more severe. The government was in the process of nationalising as many industries as they could as part of their election promise. The people of Britain had placed their faith in the Labour Party to make things better after the war.

The answer came from Tin and Concrete. Each of these could be fashioned into large sheets that could then be literally bolted together. They were known as prefabricated dwellings. To our modern eye that may have seemed to be cramped and basic. To the people moving into them they were palaces. For the first time a kitchen, living room and even a dining room was an option. Most importantly people and separate bedrooms and even a working flushable toilet.

Many of these homes are still in use today but a large degree of them were also declared defective. Lenders are unsure about lending on such places.