The smartwatch use while driving will be monitored to prevent accidents

Are common campaigns that influence the misuse of smartphones by drivers at the wheel, but gradually begins to loom using another device that aims to be increasingly common: the smartwatches, fellow sufferers phones but can also cause major evils to their users. 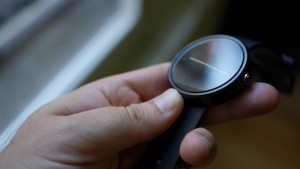 Following the launch of Apple Watch last week, the UK government entities have begun to show their first letters: will try use smartwatch the wheel as if it were a smartphone, regardless. Penalties in the UK of up to two years in prison if given an accident with victims, or fines of £ 100 and the withdrawal of three license points if the police catch you in the act.

In the competent authorities have not commented, but no doubt it will end up doing as you go smartwatches gaining users. For reference, the fines for talking on the phone while we are driving poses a serious offense, fined $ 200 and 3 points on the license; in case of an accident with other damage (property or personal) the implications are logically larger.

Nobody doubts that using a mobile phone behind the wheel is bad for the quality of driving, causing major confusions that can result in serious accidents. Smartwatches With something similar, though have to be the competent authorities in each country to confirm administrative penalties. The English have already taken the first step, and certainly not long before other mention his plans.

« The best photo editors for Android
Types of HD-SDI Cameras »