The first full unboxing for the tablet Tango Project

The tablet Project Tango is shown in a first unboxing complete

Project Tango is undoubtedly one of the most interesting works of Google, who, meanwhile – as you know, would be forced to abandon its Glass, or at least to brake on investment, as some developers no longer believe in the project and that some shops where you could try them have decided to close. In short, for a project that is one goes away, unfortunately. 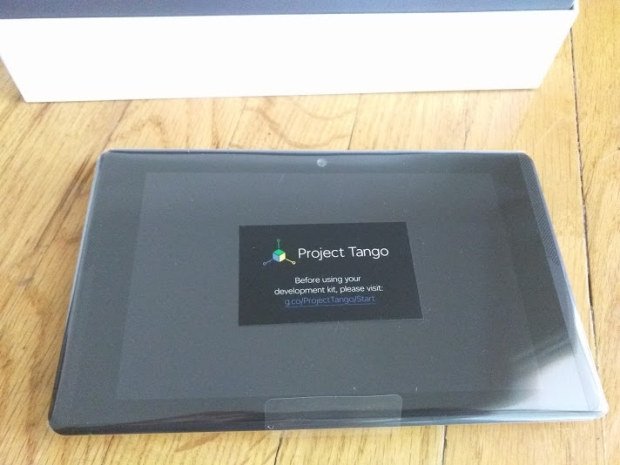 What is, however, is much nicer, at least in my opinion: as you know, and as you can see in the video above, Project Tango is mostly based on 3D technology, which allows you to manipulate reality at will, through the combination of cutting-edge software and hardware.

Today we have more information on the tablet Project Tango, detailed photos to be added – and in a sense confirm it – the technical details of the device:

Recall that the tablet will receive Android Lollipop , then KitKat is certainly an operating system that we will not see at the time of the official release.