Thalmic Labs Myo, the bracelet for gestures is coming on Amazon

Thalmic Labs has announced its intention to begin sales to the public of the device Myo. The bracelet for gestures with muscle sensors will be available through Amazon in the coming weeks.

Between flying drones, equipment for virtual reality and mobile devices more and more complex and powerful the world of consumer technology is carpeted with ideas for the creation of new technologies and systems of control and input. 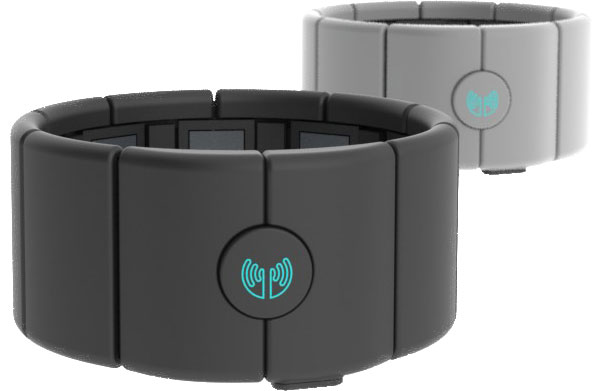 The field of wearable technology is rich in possibilities in this respect and MYO is one of the most interesting expressions of the potential of wearables. The device, created by the company Thalmic Labs, is an idea born in the university and is based on muscle control – the step below to the brain.

MYO is not a new project (his first appearances dating back to 2013) and have to say that developers Thalmic were quite tenacious in pursuing its vision and realize it: a short distance from the last public appearance, at CES 2015, the company announced that it is ready to sell mass.

The bracelet consists of eight modules can record muscle contractions and interpret the signals to turn them into gestures, a new type bio sensors capable of perceiving the small electrical impulses of the arm. Thus moving the hand, wrist or fingers in certain ways, for example by opening and closing the hand, you can send commands to the receiver, using Bluetooth connectivity, as long MYO remains in contact with the skin. With the same purpose the bracelet also has gyroscope, accelerometer and magnetometer and promises a range of 10-14 hours of continuous use.

The device was tested in the control of a drone Parrot and can be used for activities more or less articulated how to interact with some software – examples include iTunes, Spotify, Netflix and some videogames.

After satisfying most of the pre-orders, Thalmic Labs expects to distribute MYO through Amazon in the coming weeks with a starting price of $ 199.

« Odys WinTab 9 with Windows 8.1 and Office 365 annually, a nice tablet low price
Microsoft will announce a hybrid between smartphone and laptop! »