Seeing is believing, Pepsi is working on its own smart phone P1

It is true that today if you want to create a new brand of cell with different will specifications to find several suppliers in China that are going to be able to build the cell you want in large quantities with the Android operating system and one you simply add the mark and ready, this is no surprise, but Pepsi wishes to enter the mobile market? Now this is a surprise. 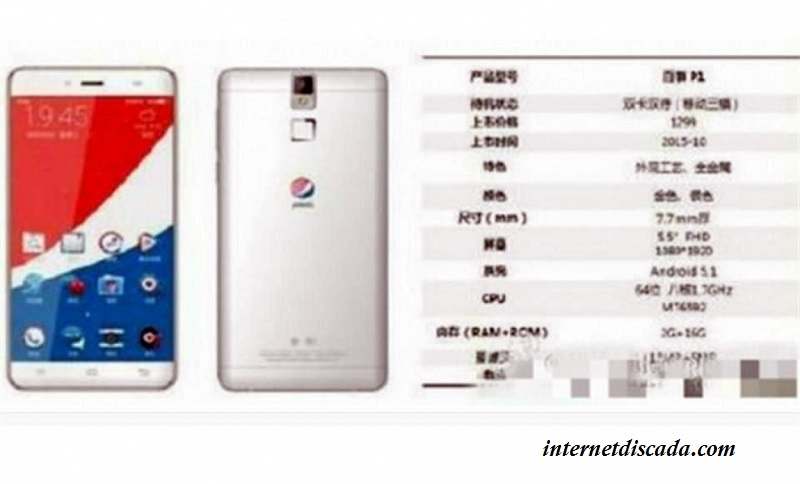 According to a new filtering could see an image of a cell that includes the logo of Pepsi, although it is a bit blurry photo shows that the screen is from corner to corner, something I consider false because many companies sell such idea, but in reality it is not, the body appears to be of metal and plastic possibilities if something looks is the fingerprint sensor, something very common in medium / high-end phones come from China.

On specifications is said to come with a 5.5 inch screen with resolution 1920 x 1080, MediaTek Octa-Core processor, 2GB of RAM, 16GB of internal memory chambers 13 and 5 megapixels, 3,000mAh battery and Android 5.1, according to the source skirting the price would be $ 205 US dollars unlocked.

It is said that this product is for promotion in China and it will not reach other markets, we’ll see, but it will be very strange raid cellular world by a soft drink company.

« Changes, everything changes, Samsung rebounds in financial results
Find Out How A Car Valuation Is Done In India »