Apple still does not make too much noise with their iBeacons, a technology that was mentioned only in passing during the presentation of iOS 8 in June 2013 and has slowly been gaining ground not only among users of this platform but also Android platform. 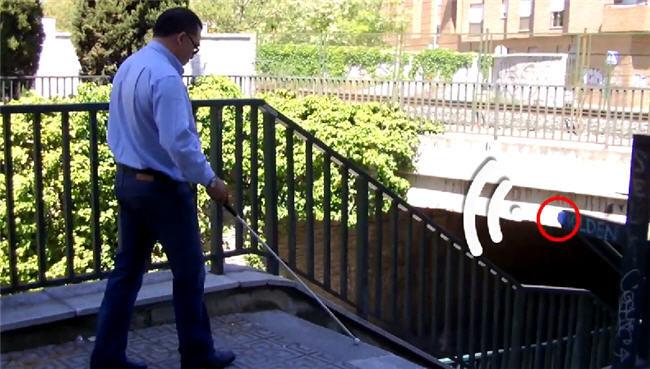 Now the idea has been used by a group of developers have launched Outbarriers, an application that helps blind people and identifies obstacles that these people can avoid hassle during city driving.

As explained by its developers in the video, Outbarriers combines an app for iOS or Android with using iBeacons or beacons. These issues alerts via Bluetooth LE as a mobile device application is detected, and thus the blind can have more support to enable them to reach their destinations without any problems. In principle, these markers are ideal for temporary -works urban obstacles, roadblocks by certain events- but implementation is logically much broader.

Outbarriers creators have been awarded third prize in the recent FiWare SmartSociety Challenge contest and received 20,000 euros for this achievement. Now it remains to see if the idea wins out practically and takes form as an aid to the blind have more opportunities when overcome all kinds of barriers.