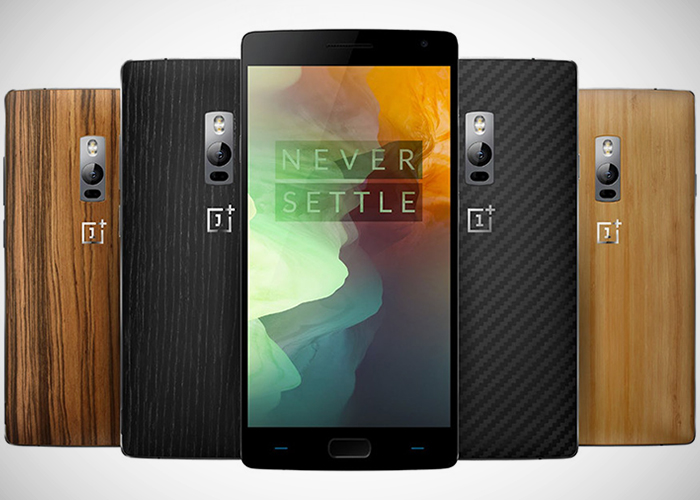 No deadline is not met, and as the company announced a month ago, yesterday afternoon (night or early morning a few) was presented OnePlus 2, the second version of a terminal that by 2014 left us with a pretty good feeling about the phone, not for its sales system invitaciones- -for everything could be perfect.

The OnePlus Two was announced in the pre-launch and like its predecessor as the “flagship killer 2015”, a terminal that theoretically still manufacturing the same ideology that OnePlus One, respecting the good design and hardware pointer and moreover a price that hardly other terminals best known brands could match. In summary and only on paper, the OnePlus 2 was transformed into the range-topping all would like to have, we lacked only one thing: it was presented.

That’s right, OnePlus uses a very effective strategy when promoting their products, little care to keep everything secret, indeed, they themselves are responsible for generating high expectations about their product and filter the occasional technical detail that could draw attention both potential customers and competition. This was no exception, OnePlus to days of filing the OnePlus 2, and we had to both the main features of the terminal, and the huge amount of filtered images that had resulted hour show, and everyone knew the OnePlus 2 in appearance and specifications.

The launch was curious and possibly your idea is imitated by the competition, they used virtual reality goggles which themselves distributions- and Android application to launch more fun, and I really got it pretty good. We leave the repetition of the presentation on YouTube, the video is 360 so they will have the same experience of those who watched the event live and lenses.

Moving on, the OnePlus Two came with the same strength as its predecessor, carries in its best of breed hardware and not just try to sell a few thousand phones, but firmly come to compete with the big brands, it is clear that the task It is difficult, but I think brings it necessary to convince any client that we are facing a great terminal.

As could be seen, many of the technical specifications were already announced since the same OnePlus, but will give an overview of the main ones:

Turning to the subject of design, personally meeting OnePlus took significant time to deliver a terminal better finish the OnePlus One, without straying too far from the idea, this is a very well built, with small frames, metal phone the edge (magnesium and aluminum alloy) and the possibility to choose the back cover in different materials: Rosewood, Bamboo, Black Apricot, Black Kevlar and Sandstone. Perhaps the only detail to be the thickness of the terminal, which when compared to the first version is a little thicker, but beware, it is not a brick.

He was given great emphasis to the subject of the camera and the results we would get in “unfavorable” situations and what you see they have done an excellent job in this regard, although there is still a test of contact with the terminal and see if everything is as good as it looks from OnePlus.