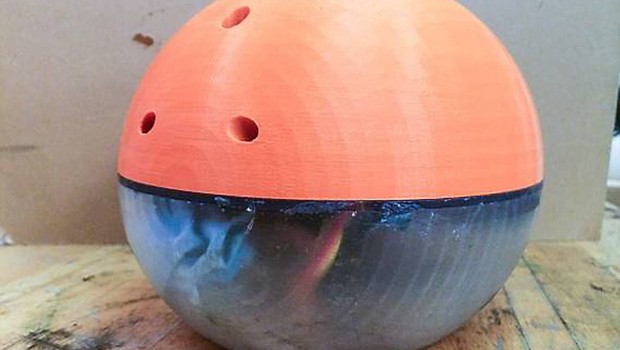 The famous American university is always in line in the research, which is often found practical applications, for direct connection to the universe productive.

The Massachusetts Institute of Technology took advantage of the international conference on intelligent systems for presenting a robot similar to a soccer ball, specializing in underwater surveillance.

This tool, originally developed to monitor the cooling ponds of nuclear power plants, in order to find out in time if there are any cracks, now sees new possibilities of use.

One of the applications that open horizon is the control of subsea pipelines and inspection of the hulls of ships, to combat smuggling, check hypothetical damage to the propellers, fuel leakage and the like.

Its propulsion system does not generate whirling movements of the water, making it almost invisible. It can also hide in the seaweed, to operate a covert surveillance, or act as a team, with operations targeted, perhaps by law enforcement.

The idea is to provide port authorities with a way to improve the control of illegal imports and to propose a monitoring device capable of running a wide field, with an expense of buying very low, in the order of $ 600 for example.

The model is thought to be shaped with a 3D printer. Has three accelerometers, three gyroscopes, an inertial sensor, an antenna for communication and different control units for the management of propulsion. In the final version should benefit from the presence of an ultrasonic sensor, to map the hulls accurately detecting cracks or appendices suspicious.