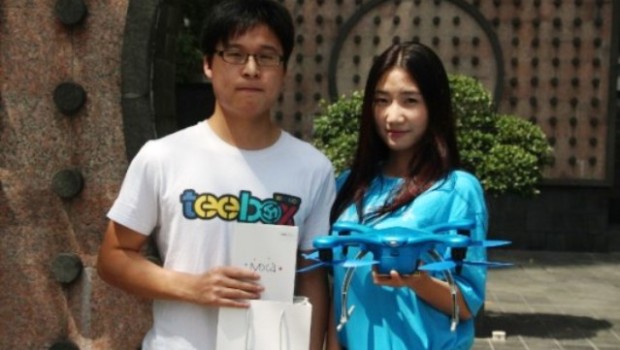 Here are the first important steps for the project to Connect Meizu: delivery of smartphones now takes place via drones

As we all know, Meizu is a Chinese company that operates mainly in the field of smartphones and that was made ​​recently noted by a record really important: his MX4 had reached sales of seven million units within a about ten days . This is certainly not a blog suitable to talk about smartphones, today and in fact we want you to be aware of another little reality that Meizu is insisting the company has pioneered the delivery of a telephone – the aforementioned Meizu MX4 – via drone; the latter, in fact, is flown from a storage center to store where the smartphone was supposed to be delivered.

The project is called Connect to Meizu and is still in the embryonic stage, which means that there are still many improvements to be made ​​and which should be improved in many ways; In short, we are light years away from Meizu will tell you that deliveries via quadricotteri, partly because it was the same Chinese company to sottolinere some major problems: the first one concerns the stability of the robot, which has been jeopardized by excessive wind; the second, however, the battery charge.

The project has yet to be well developed, short, and perhaps see the light of several years:’m glad to know, however, that a company so important, among the Chinese, is betting on a sector as important as that of robotics and beyond on smartphones.