Mediacom officially presents the newest addition to its lineup of tablet. The Mediacom Smartpad 8.0 HD iPro W810 clone of the same model with Android presented at IFA 2014, is a device with W8.1 for the low end

This year, Mediacom has introduced two new models of tablet cost during the development of the ‘IFA 2014 Berlin. On the ground of the fair in Berlin brought the two SmartPad 8.0 HD iPro810 3G and SmartPad 10.1 HD iPro100 3G terminals rather interesting both for the sector linked to productivity for home and personal use, characterized by what seems like an excellent relationship between quality and price. 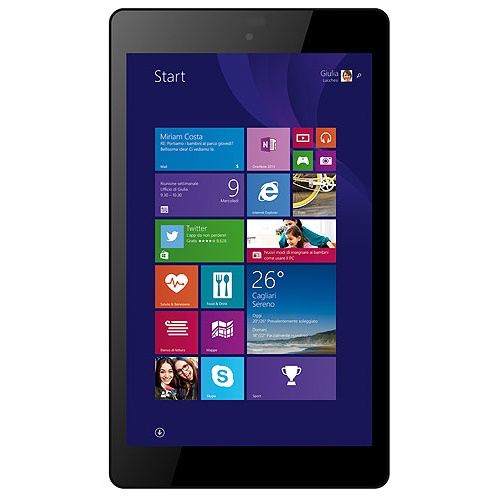 To gain a larger share of the consumers electronics manufacturer has decided to double the offer of the SmartPad 8.0 HD iPro810 this time directing their attention to another platform.

The new Mediacom Smartpad 8.0 HD iPro W810, revealed a few weeks ago and recently officially launched, takes the direction of Windows 8.1 with Bing, offering users a configuration identical to that of its Android counterpart.

As the name suggests, the display of this tablet is a panel with HD resolution (1280×800) with a diagonal of 8 inches. Underneath the hood, a typical polycarbonate shell, is instead an Intel Atom chip Z3735G with quad-core processor at 1.33GHz or 1.83GHz in Turbo mode.
In addition to two cameras, 5 and 2-megapixel, the tablet is also equipped with module for 3G connectivity.

The starting price of the Smartpad 8.0 HD iPro W810 will be € 175, a very competitive price considering the technical features, especially when compared to other tablets with Windows 8.1.

« Paper planes, the technology has come very far (at almost 132 km!)
M Commerce Solutions for Business on the Go »