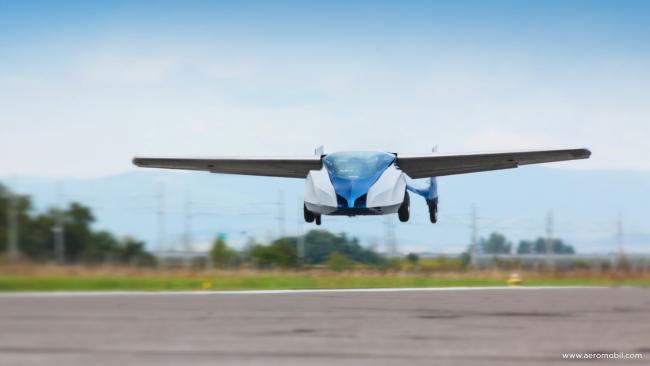 The movies and fictional stories have been at fault, since the flying car ‘Blade Runner’ to the DeLorean himself from ‘Back to the Future II’, have led to one of our desires for several years either driving a flying car, wish I could become a reality.

Slovakian designer Stefan Klein brings us the latest version of his flying car, AeroMobil 3.0, the next version October 29 will make its first flight in the ‘Pioneers Festival’ in Vienna, Austria, dedicated event focused on science inventions and innovative technology.

Driving in the clouds

AeroMobil reaches version 3.0, after three prototypes, sketches and tests since 1990, version 2.5 was the first to have the ability to fly and land without any problem, but for this version are improved materials and some specifications to make it more efficient.

Its design with folding wings to the body of the car will allow you to travel on the road as any other vehicle, whether it is driven by conventional gasoline 91 octane has a Rotax 912 water-cooled engine with 100 horsepower, weighs only 450 kilograms will have a range of up to 500 land miles with a top speed of 160 km / h, while in the air will provide a range of 692 kilometers at a maximum speed of 200 km / h.

So far it has only been talked about prototypes and no final versions or some attempt to find a commercial product date, all this because of the implications and regulations (which do not exist today) required to mount a car heaven, but of course is attractive to know that a project that has more than 20 years follow with a good future ahead.