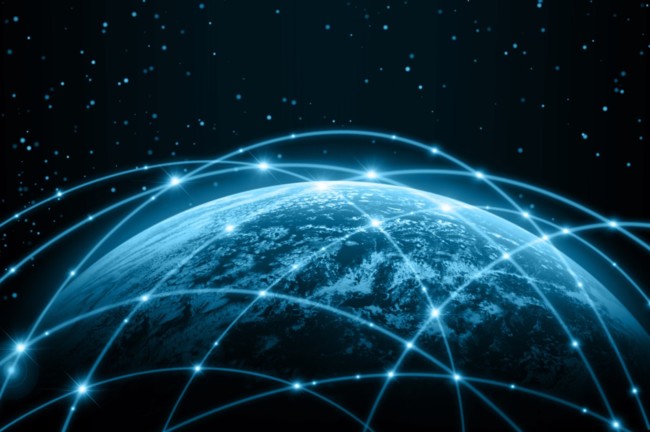 The August 19, 1963 began the particular history of the geostationary orbit. The Syncom 3 manufactured by Hughes Aircraft for NASA actually did studies aerospace engineer Herman Potočnik, who in 1928 came up with this type of proposal. Arthur C. Clarke popularized the concept in an interview in 1945, and the emerging space race would do the rest.

Communications satellites began to lavish, and the opening of the Ka band made ​​were born very ambitious projects to offer satellite Internet. Teledesic was the most famous, but failed because of its high cost. Now a new batch of projects aim to make this type of alternative access to billions of people who will now have more options to connect to the Net.

One of the problems of these projects had been bandwidth offering Internet connections via satellite, but improvements technology have allowed the 1-3 Mbps let’s bandwidths and over 15 Mbps . It may not possible compete with larger bandwidths offered in fiber networks, but these capabilities are more than sufficient for most users, especially if we consider that such access may be provided even in rural areas and areas without a communications infrastructure available.

The current satellite network broadband consist of geostationary satellites that orbit 35,786 kilometers above the Ecuador and make use of the Ka frequency band (18.3 to 30 GHz) to broadcast their signals. While the original communications satellites trying to cover large areas of the earth’s surface, these new models have a much lower coverage, but offset this factor with the launch of much larger satellite networks that can offer coverage to higher quality globally.

The satellites act as gateways to information: are connected to the internet service provider (ISP), and receive information, amplify and redirect through their transponders. Technology communications satellites in this direction has been greatly improved in recent years, but so has that of the gateways, earth stations receiving the signal (which include components such as dish) and that responsible for demodulating the signal coming from the antenna to turn it into IP packets that are sent to our local area network and finally reach our PC, laptop or mobile device.

The satellite Internet connections have their disadvantages, of course. The latency is much higher in this type of connections that traditional land connections it is estimated that 20 times – making its benefits are undesirable in various scenarios. A good example would be online games: although there are some other titles that would be feasible to use that connection, its performance has clear disadvantages for RTS, and FPS multiplayer where the famous ping should be as small as possible.

Years that offers Internet access via satellite are available, but the progress of ADSL connections and especially the implementation of fiber networks have made ​​that choice has been relegated to the background and its nearly specific marketing rural environments.

Things could change in the future when you consider the latest projects available and especially to come. In 2011 it launched the ViaSat-1, the most advanced satellite communications in the world, and is capable of delivering a capacity of 140 Gbps. This satellite is responsible for the services offered by the provider Exede in the United States, providing data packets similar to those of mobile data plans. So, we have plans that allow you to download up to 10 GB in a month at a maximum speed of 12 MB ​​/ s for $ 49.99 per month.

In Europe we have a similar case with Eutelsat Ka-Sat which was launched in December 2010 and have a capacity of 70 Gb / s, while in 2008 the WINDS satellite launched in February 2008, covers the Asia Pacific and throughout Japan, which offers connection speeds up to 1.2 Gbps (yes, yes, Gbps) to companies with 5 meter antennas.

In satellite Internet service works similarly to that of other countries with such plans that combine maximum data speeds up to 22 Mbps with 10 GB quota monthly discharge (there are other plans with higher quotas, clear ) for amounts of around 35-45 per month, including VAT. Companies like EuronaSAT precisely focus to markets where “how far you are, you have internet”, also do other as Quantis, Toorway , EuropaSAT or Xtra Telecom (the Másmovil group) – and although logically the cost is compared superior to that of ADSL lines and fiber connections of large cities, access to the Internet from any location means something crucial for many users. And it will be even more short term.

That is precisely the reason that large corporations have begun working for some time on ambitious projects with so-called “satellite constellations” to bring Internet from space to another level. One of the most notable projects is O3b (“Other 3 billion”, referring to the 3,000 million people who do not have Internet access now), which is involved Elon Musk , and already has eight satellites in orbit have begun to provide a service in evidence in this type of scenario. The company O3b Networks managed by this service boasts low latency -150 ms, more than acceptable if it is really and the possibility of offering 4G / LTE telephony through satellite connections, another attraction of this type infrastructure.

The very Google is particularly interested in this field, and in addition to his experiments in fiber connections large capacity participated in an investment round in SpaceX, the company founded by Elon Musk also is postulated as one of the major players to put those orbiting satellite constellations to offer services of satellite internet large capacity.

One of the last great at making ambitious proposals in this regard is Airbus , which yesterday it was learned that design build 900 satellites for the company OneWeb LTd. with the aim of “providing Internet access to billions of people around the world,” they said company executives told Reuters on Monday. -from This project we had already known an advance by Adeline – is led by Greg Wyler, who until recently worked with Google on the project O3b Networks, and its investors are Richard Branson and his Virgin Group, in addition to chip maker Qualcomm.

In a recent interview in SatelliteToday Wyler indicated that while O3b will target higher speed connections Mbps–they could exceed 150, on his new project, oneweb , will focus on bandwidths below 50 Mbps, adding that “I think the market is so large that there is room for everyone. We have a long way to provide connection to everyone. We do not see direct competition with everyone. The reality is to offer people choices”.

It therefore appears that both O3b Networks as OneWeb be competing (in part) that ambition to offer satellite Internet connections that will be especially aimed at countries and geographical areas in which infrastructure ADSL or fiber lines are not just accessible. It is expected that the service OneWeb (before WorldVu Satellites Ltd) is to start in 2019, and this time frame also appears that we will see in the draft Elon Musk. Although the doubts about the future of these services remain -Renovation satellites, cost network evolution satelitales- no alternative that arises means we can not avoid-at a minimum grant the benefit of the doubt. 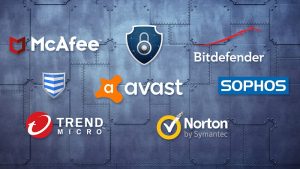