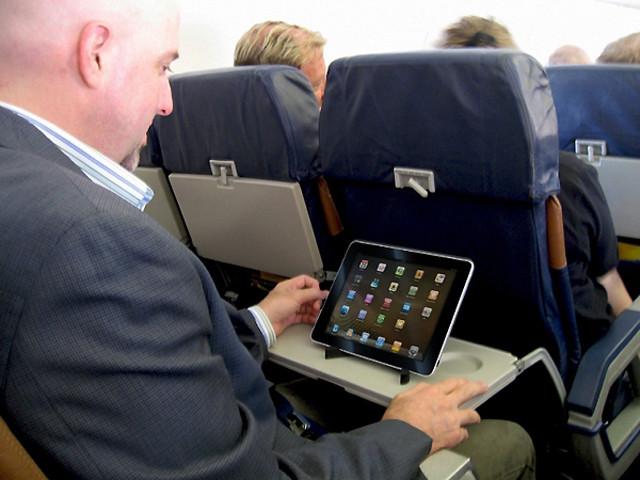 We all remember that one year ago the Federal Aviation Administration (FAA) removed the restriction that existed for the use of electronic devices on commercial flights, especially during takeoff and landing, which gradually several airlines began allowing the use our gadgets during all phases of flight.

Well all was joy and happiness until during this weekend announced that the Association of Flight Attendants in the United States wants the measure to be reversed, so they decided to file a formal complaint before a Court of Appeals in Washington DC current complaint since December last year, but until today has been made public.

Many of the arguments mentioned by the association, is about the FAA has not made a good decision by not considering all possible scenarios that can occur especially during takeoff and landing aircraft, races that are is most at risk due to turbulence presented, where devices can be thrown causing damage to any passenger or to the plane.

Moreover mention that since the restriction of the use of electronic devices is removed, passengers have stopped paying attention to the safety instructions and the emergency measures given before takeoff.

Lawyers representing the association of flight attendants know that trying to reverse this measure is complicated and would require a rule change again, but would agree that the devices are turned on during all phases of flight, provided that remain secured during takeoff and landing, that especially for large equipment, such as tablets and e-readers.

For its part, the FAA states that before taking the decision to withdraw the restriction last year, the views of all stakeholders were asked, also safety studies were performed precisely to avoid misunderstandings and happen what they are now facing.

We will see that this is where the flight attendants do not have it easy, especially with the argument that the FAA applied for prior to removing the restriction opinion.