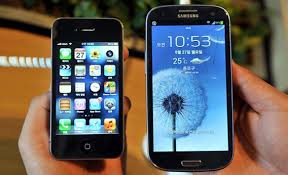 Samsung has a number of employees far superior to Apple, Google and Microsoft

Ars Technica has an interesting article dedicated to the interior design of Samsung, in particular, the number of its employees has emerged – and not much surprise – that the company has a work force that is far greater than that of Apple , Google and Microsoft, and that considering only its Electronics division, i.e. one that produces smartphones, tablets, televisions, cameras, home appliances and so on.

It is, therefore, only a part of Samsung Groups and which, alone, has a number far greater than those of employees of Apple, Google and Microsoft; sociopolitical but a bit ‘of figures: Google employees amounted to 47 thousand 756; Apple ones, to 80 thousand 300; those of Microsoft, finally, to 99 thousand. Excels on all their Samsung, which is imposed on all other companies with 275 thousand 133 employees, a huge figure, which becomes even higher if you think eighty groups that make up the entire company.

Employees of Samsung, of course, include not only those involved in the sale (a very high percentage of the total Apple, if you consider the way in which they are held the Apple Store), but also the employees working in research and development, to assembly work; in short, all the categories that make up the workforce.

The costs, of course, affect the final gains, but also in this case by Samsung did not complain: you know well that, as Apple gains more, is still one of the richest companies in the world . And not undeservedly.