A nice holographic projector, it’s called Holus and on Kickstarter has passed in a few days the 50 thousand dollars in funding.

Where once we had been told that in our homes we would have a holographic projector, surely there would have believed, and that’s because – as you know – the technology has made ​​great strides in recent years, precisely after the ‘advent of smartphones and tablet. We are here today to tell you about a project that few days ago he made ​​an appearance on Kickstarter and that, despite this, managed to reach immediately (and overcome) well 50 thousand dollars in funding: the idea is to Hplustech, team Holus which he has seen fit to create the holographic projector. 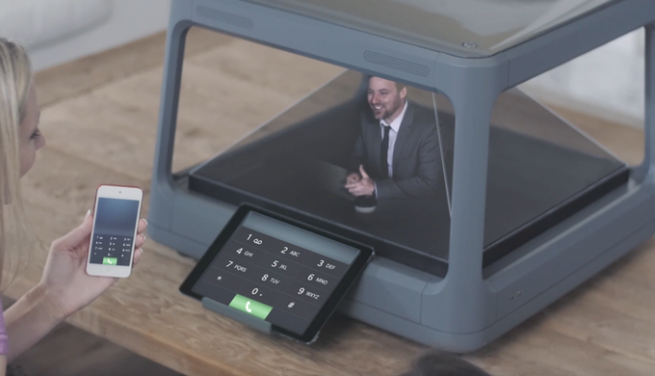 We must say that there are still many improvements to be made, because the viewer is still quite cumbersome; this does not mean, however, that the project is failing, indeed, since it is clear that, through feedback and tests of various types, the final product should be far better than this. Because Holus really offers many opportunities from the video that allows you to see the other person from every point of view the matches with friends, to the vision of 3D structures without necessarily having to print. Holus also plans to launch a holographic assistant, Omi, to improve the user experience and make her a projector device edge.

The other features of Holus

Holus Holus also guarantees the interaction with other devices, for example with Leap Motio n or with Emotiv Brain Sensor are all aspects that you find discussed in detail from the source, and on which we do not want to devote much time, because at the moment everything is relegated to the theory and It may not be applied in reality. Our advice, despite this, is to take a look at the video and update you in detail through the lengthy presentation of Kickstarter, because Holus seems really deserve.