Google makes us a “street view” Liwa desert atop a camel

Google and its network of cars with 360 degree cameras have been commissioned to portray the streets of many parts of the world so that from our screen can explore all those places. Cities around the world but … what about the places where there are no roads, highways and is all natural? Consider for example a desert, Google Arabia knows how. 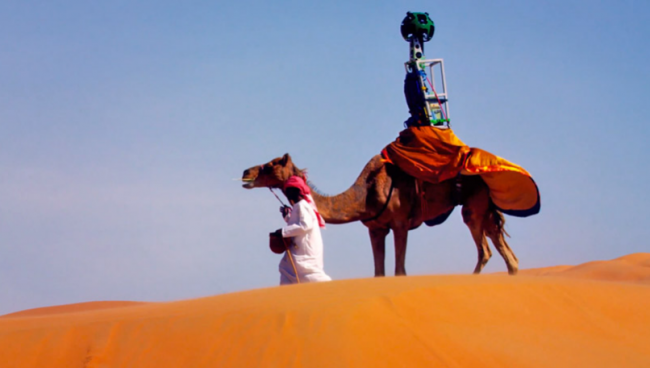 Using a camel with a camera photographs prepared for everything you have around, Arab subsidiary of Mountain View company has been commissioned to record the dunes of this area to make a “street view“, if you can so called, in this natural setting. Below is a video so you can see how was the process of creating this interactive map.

A desert map in Google Maps

To shoot these scenes has been used Trekker, the curious camera always uses Google to record pictures “on the street” for its mapping service. A pity that the dunes always change position and what we see, can check out here, always be a different landscape.

This project is an initiative by Google to bring more scenarios Middle East countries and their culture approach. A curious project but hopefully in the future serve to show cities and monuments in countries like Israel, Egyptian, UAE, etc.

As a curiosity that all recordings began at six o’clock for optimal light in photographs. Worth taking a look, see if you also dare to do the same with other natural moorland.