Today, it is increasingly felt the need to reproduce the real sensations in virtual environments, in order to live more adherent empathy.

Dexmo F2 is an exoskeleton that aims to replicate the sensation of touch, to deliver a new sense of immersion in virtual environments, widening spectrum already quite large in the contemporary era. 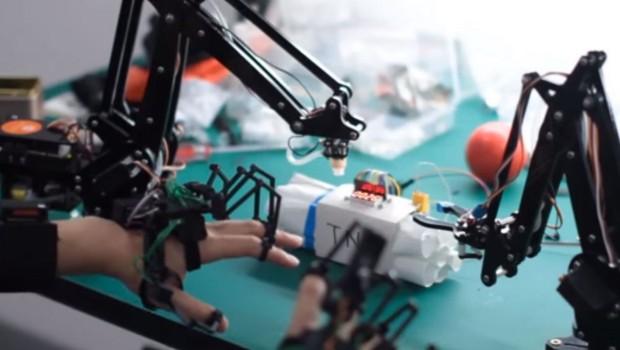 The goal is to provide the tactile and physical strength to the users, further enhancing the involvement, especially in the virtual game, but not only.

A system of levers and joints, embracing each finger, to simulate the way, giving the impression to those who sock glove technology, realistic perceptions of life, in terms of physical stress, as if magically projected in the concrete operational scenario. Without touching the objects, you might have the feeling of hand-held.

The exoskeleton Dexmo F2 a system with force feedback. Currently it is a project in the research phase of the resources needed for landing on the market. The fundraiser will begin in November. It is expected that the final cost should be somewhere accessible to values, in the order of $ 200. The scope also producing, medical rehabilitation and virtual design.