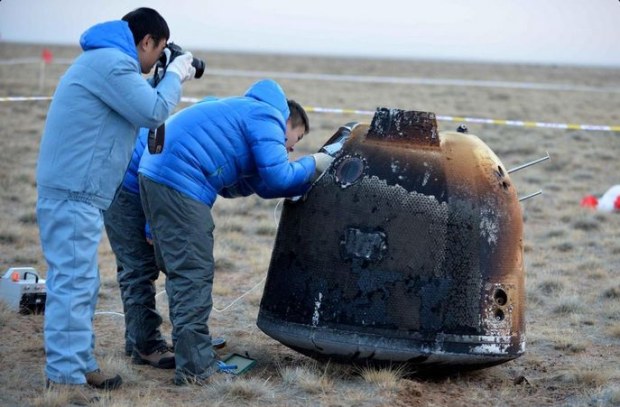 The Chinese are the first to send a probe around the moon and then return it in our atmosphere after almost 40 years.

It’s official, the Chinese are the first to have launched a probe to give her orbit around our Moon in order to recover successfully. After sending a rover, China has engaged in an experiment that is the groomer for a future mission in which a direct descendant of this probe will send a component to collect samples on the moon, and then retrieve them and send them to Earth. Good news after the disaster dell’Antares last week .

Until now the only ones to have successfully engaged in this enterprise was the Americans and the Russians, and we talk about 40 years ago. The next step is imminent, and the authorities aerospace China declared the mission – for now unmanned – will touch the lunar soil already in 2017.

The Chinese have been able to test and solve all the problems of this type of mission, retracing the path fraught with danger already come with varying success almost half a century ago by the two superpowers that faced each other during the Cold War. In particular, with the landing in Inner Mongolia of the probe (named simply Vehicle Experimental Cheng 5), the great Asian country has got to try a re-entry, making sure you have the know how to retrieve your samples.

The probe is held back against the atmosphere using a method successfully tested at the time by the Soviets, bouncing once before making the return just before dawn (local) yesterday. The hull, a little ‘charred but intact, touched the ground of the boundless Mongolian grasslands and was achieved by the Chinese staff in a few hours. His journey lasted only eight days, and it was like after the first four decades.

China has big plans for the space, and sent for the first time an astronaut into orbit in 2003. Its space program started with the help of the Russians but continued regardless. Now there are scheduled satellites photographic resolution , human missions, that in a future not too remote set foot on the moon, after the robotic probes. And at the end, China is already planning a rocket with a longer range, the Long March 5, which will be used to set up a permanent space station called Tiangong 2.