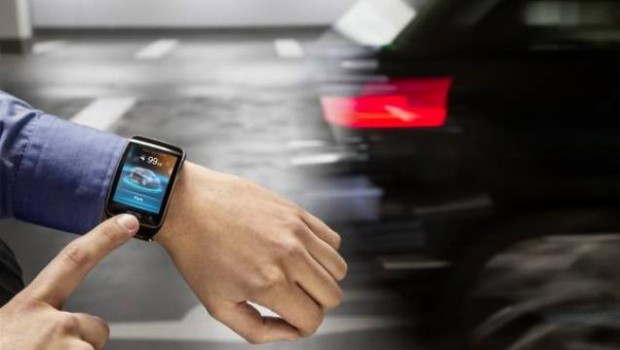 BMW reaches an unprecedented proposal, which will make its appearance in public during the CES in Las Vegas. Concerns driving a car remotely.

BMW will show the public the CES in Las Vegas how a car that can park itself alone , on input from a smartwatch. Remember KITT? That car was fully automated, controlled by artificial intelligence, in the US television series Knight Rider, produced between 1982 and 1986.

Something like that, at least in part, we can see her work at the upcoming International Consumer Electronics Show, scheduled for January 6 to 9 in the Queen City of the game world, in Nevada.

The Bavarian house has chosen a i3 for presentation. Just a touch on ‘ smart watch to send the car to park itself alone or to approach the owner, at the exit of the garage.

The system was baptized Remote Valet Parking Assistant. Surely will have its number of fans, but I do not like at all this sort of thing, being a big fan of car, convinced that the means of the four wheels are not trivial appliances or electronic toys.

BMW has introduced the model various sensors that, with the support of digital maps developed for this purpose to draw the operational scenario, allow the autonomous movement inside the silos, with every reason to avoid collisions with other objects, people or vehicles arranged evil in the structure.

In automatic mode, the medium run with the system is the most suitable parking, even in a multi-storey complex, removing the task to the owner and making him perhaps buy time.