A new smartwatch signed Asus arriving at IFA 2014: here are the first confirmations

A new smartwatch, signed Asus may be presented at the upcoming IFA Berlin 2014: the dates now we all know – the event starts Sept-5, as we all know that a flood of new watches will come in the next few years (the recent success of Samsung with its first Gear will undoubtedly have been a safety net for many of the major manufacturers). 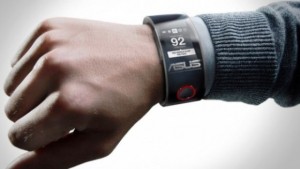 To confirm the ‘arrival of the smartwatch it was the company’s CEO, Jerry Shen, but not the least is focused on its technical specifications. The corporate executive has simply explained that Asus is very interested in the field of wearable and we get the impression that this will be one of the areas on which to bet for the next few months is already one of the leading PC manufacturers, so it has all the resources to embark on new projects and diversify, consequently, the target.

We emphasize that the smartwatch that will not be the only one: Asus, in fact, is already working on a second clock, which, however, we know absolutely nothing, except that it will be submitted nine months after the release of the first: this is As, for the moment.

If we were to make predictions on the new Asus smartwatch, which we could not think of it as an Android Wear the price quite affordable: it is difficult, in fact, a clever clock can be successful at inflated prices, especially if you are not able to practice the marketing just as aggressive as Samsung and a few others can do. As soon as we know more, we’ll update you.

« What’s Special about a Digital Advertising Agency
Noke: Bluetooth clasp secures the bike and turns in the key smartphone »