Jolla, the first tablet homonymous Finnish startup, returns to visit the portal crowd sourcing Indiegogo. This time, the device of the creators of Sailfish OS gets new features and better hardware.

Jolla developers were able to get the interest of enthusiastic and curious and, gradually, the attention of a wider audience. The smartphone with Sailfish OS has proven to be an interesting product and the same was for the first tablet that bears the same name of the Finnish company. 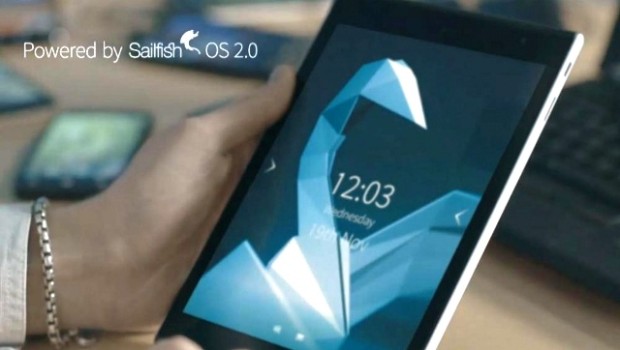 The campaign for the Tablet Jolla on Indiegogo reached in no time the amount determined as a milestone, surpassing already in the early hours and getting a total funding of 480% to the closing of the fundraiser, ending 4 December 2014.

After almost two months, the tablet with Sailfish OS back to visit the famous platform croudsourcing. Of course the team Jolla puts on the plate something new, offering better technical features and a special price for those who decide to once again support the tablet at this stage of its development.

With the new offerings Jolla intends to increase the internal memory and bringing it up to 64GB by adding support for microSD cards 128GB. Will also be introduced laminate display, gyroscope and compass and a more powerful battery of 4450 mAH.

The improvements cost $ 25 for those who have supported the tablet in the previous campaign (the base price was $ 219) and $ 245 for new supporters who wish to seize quickly to one of the devices whose final price at the time of resale will of $ 299. The company also requires $ 20 for the cost of shipping and plans to kick off the distribution of the enhanced model in June.