Skype Web (Beta) is available for US and the UK

Skype has become with the passing of years an indispensable tool for many who need a messaging application and also of the possibility of making calls or video conferencing application. The major limitation of this application is that often the need, and if we are not at home or carry the notebook makes us more difficult to use, especially if we are in a public library or a laboratory of your school or college where there you can install. Since Microsoft apparently perceived as necessary for its implementation and decided a few months ago remove any works for users, and an internet connection to use it was just necessary. 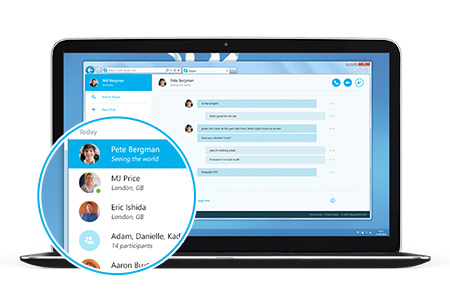 By the end of 2014 from Microsoft we announced a new “version” of the Skype application, this time not as a client computer but a web version and Skype finally be available everywhere without relying download or install an application.

In those days the Web version of Skype was only available to a group of users of Skype, in a kind of closed Beta to which were invited to participate. Well, the closed Beta Skype Web for arrival seen over and extends to two countries: United States and United Kingdom. Both can now use this service.

As mentioned in the blog of Skype, this would be the first step of phase and published in the coming weeks would see how, little by little, is available for everyone.

Users who access the web client will have almost immediate access to the list of contacts and conversations they have in their user accounts and can access both Internet Explorer as from Chrome, Safari and Firefox access. Of course, those users using Chromebooks will have some limited access and can only access the messaging features. Using other browsers mentioned -after installation plugin- users can also make and receive audio and video calls.

Access to the new service can be made ​​from Skype.com and from web.skype.com, and make available the ability to access existing accounts or create new accounts. The operation is identical to the traditional customer, our chat logs and contacts will sync as usual.

Skype big step, now you only need a computer with internet connection and you can contact your friends without problems, well, that and live in the US and UK.

« What is digital marketing? How does it help your online business?
Cheetah, the robot that jumps obstacles and lands perfectly »