Prynt launched a nice project on Kickstarter: when can be funded with only $ 99 and is the transformation of your smartphone at the time only if the 4-inch, in a printer. No magic, of course: do not talk about some of the artist in the video that we showed you a while ago ; the French startup has just thought of hooking to the smartphone a thermal printer, in order to return to the old Polaroid, then snaps and print, for memories that age on paper and remain immortalized in the smartphone. 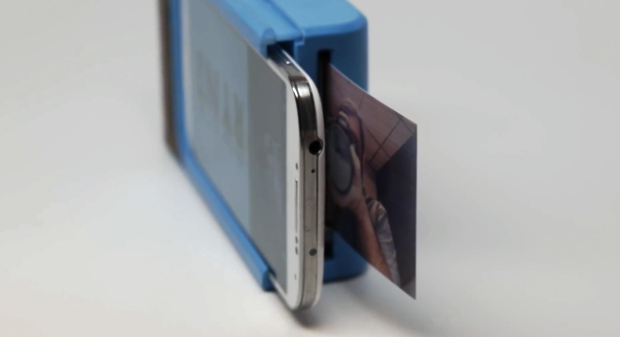 The initiative is very nice, by the way also convenient from the economic point of view: I think they are more to feel the need to touch the memories by hand, without letting them rot in phones with endless memories; on the other hand, I do not think it is only a personal thought, as some companies are moving in this direction: think with Fujifilm Instax series and the relaunch of the same Polaroid, in addition to projects like today; In short, the future will bring with it some significant change, and our friends Clickblog will be here to update you promptly. But back to Prynt.

The limits and the future of the project

At the time the project moves between limits and dreams: it takes fifty seconds to print a photo and, for now, there is only one sheet into the printer; the company, of course, promises a notable change in this direction, namely the insertion of 10 to 30 sheets, with a print that also comes to 30 seconds. They’ll also changes to the standard display: the smartphone must be between 4 and 5 inches excluded, waiting in the future arrives compatibility with phablet.

« The first drone in organic material takes flight in the laboratories of NASA
HP 10-inch tablet, so the company focuses on the business sector »