A paper airplane made from Air Force cadets to fly less than 132 kilometers. He had a traditional design and was also able to load on board sensors rather refined.

We talked a few months ago of paper airplanes and how they are online resources to make it much better than those who did super bored by students during the classes heavier. 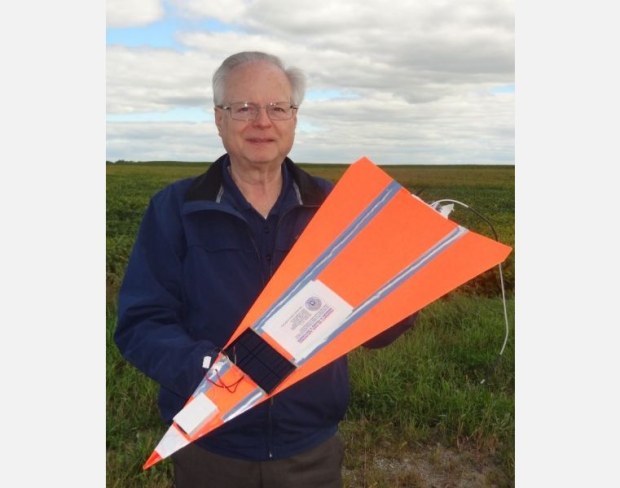 Well, a few days ago has been won a record flight over long distances with a paper plane launched from a balloon from a height of nearly 30,000 feet. The aircraft in question was done in a rather traditional, using the cardboard as a building material and with a wingspan of 36,8cm and a weight of 424g, and with current technology it was possible to equip it with GPS, atmospheric sensors and barometric and an HD camera. Electronic equipment that were supported by a solar panel, apparently lighter than a battery, and more effective in this case.

The plane was brought up from the ball until it broke, the limits of our atmosphere. The onboard computer has disconnected the air, allowing him to begin his flight.

Want to know how he flew this small and amazing contraption? Well, the title should already give you an idea. Speak well of 132 km, a distance that is suppose to be at least marginally higher than that achieved by any airplane you’ve ever thrown – in fact, the record for a toss with the hand is the Mr. The Paper Airplane Guy, 226 feet 10 inches.

Needless to say I left the airplane to fly a balloon probe is not in the same category, and will be measured and determined by the Board of Guinness in the next few weeks – the beauty of having the equipment on board is that you can try everything.

This new record does not belong to one person, however, but a team of auxiliary US Air Force.