Noke: Bluetooth clasp secures the bike and turns in the key smartphone

How contraption, Noke is quite comfortable. It is a bolt for bike that is activated via Bluetooth from our smartphones.

The Noke is a lock for the bike which is something we were hoping it was sooner or later implemented in this accessory must for anyone with a two-wheeled town: allows you to open the bolt with the mere presence of the user, a bit ‘as happens with many cars with key features wireless transmitter. 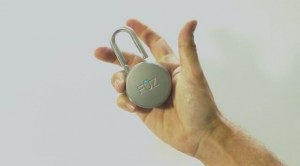 The project, which recently arrived on Kickstarter , has already exceeded the minimum funding to go into production. It does not cost much: $ 59 will allow you to ensure that your Noke, and another $ 15 to let you send.

How does the Noke

The Noke solves an objective problem: there are no other keys to lose or add it to your keychain. It also need not search for them in the dark, find the patch, or spend time with a padlock and hardened by cold weather. Enough to be near the lock, have your smartphone on and on, you are ready to go. You do not even need to get an app of our phone because access Bluetooth makes everything automatic, and as if that were not enough, you can give permission to open more than a smartphone, so the easiest way to manage the “bike park “family.

And if a lose or forget my smartphone? The surface of the lock is touch sensitive, and you can enter a unique code tapping on it. The Noke is a simple lock that can be used with any bolt, but also as an accessory cable plasticized thick and strong, you can ensure that the stem of the seat with a special ergonomic support.

The idea behind the project Noke is to present the advanced electronic device connected that is as simple and easy to use as possible. In an era of complex and smartphone app multi-function, I would say that the team that has developed is on track.