Were made new particle accelerators much cheaper and smaller: a big step forward for science

The most striking example of a particle accelerator is certainly the LHC: it is a machine used by the researchers of the Atlas experiment, which proved the existence of the Higgs boson ; this machine, you think, is over a hundred feet deep and uses 1,600 superconducting magnets for the process of particle acceleration along a 27-kilometer ring. It is, at least for the moment, most powerful accelerator in the world, which – like all machines and devices – is intended, however, to make way for something better: not for the moment, anyway. 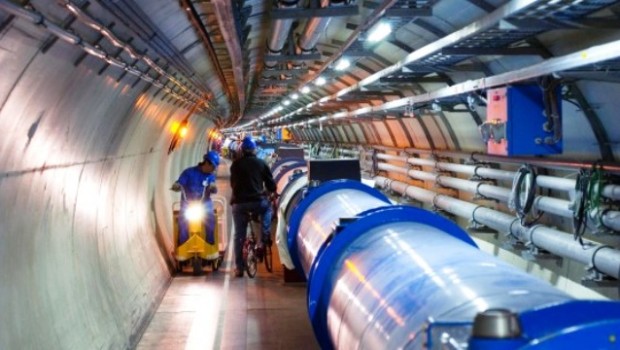 The discovery of which we speak is recent and promises great changes in the world of physics: they are convinced the scholars of the University of California and the Slac National Accelerator Laboratory, which have shown that the acceleration in plasma Wakefield is far better than current technologies; this accelerator, in fact, allows the acceleration with a plasma jet in journeys much shorter than those standards. This implies, of course, not only a jump forward at a qualitative level, but also a considerable reduction of costs.

In 2007 the technology was tested by researchers at UCLA, who managed to accelerate electrons up to 85 billion electron volts (much less than those of ‘LHC, which reaches 4 teraelettron); The experiment, however, was unsuccessful, because much of the electrons did not arrive at their destination. Today the situation has changed: the flow of plasma is able to accelerate particles to an energy of 4-500 times more than that of the accelerators of the same size, without that the electrons disperse in large part (30% of the particles is in fact arrived at the destination).

We do not speak of a new LHC, sure, but it is still new particle accelerators that could replace the current ones, and find use in important fields such as medicine.

« ClockONE, a clock with minimal e-ink technology
NEC, the smartphone to expose counterfeits »