Was announced in November last year. Now makes its commercial debut the USB SanDisk signed, aimed at those who use iPhone and iPad.

IXpand SanDisk Flash Drive is the USB stick that connects to the most iconic devices from Apple: the ‘iPhone’ iPad. This portable storage device works like any other, ensuring external storage of data, but has the added bonus of meeting the needs of those who use the smartphone and the tablet of Cupertino. 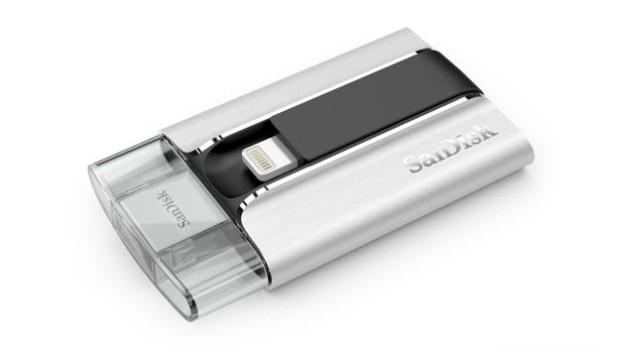 The credit is the Lightning connector integrated, which allows you to transfer files, such as text, photos, videos, songs and so on, in both directions, that is, in and out.

This flash drive helps to free up the memory of the two devices, but also to lug the captured material elsewhere, in a very simple and practical. In the first case, it is not difficult to understand the importance of having more memory space to turn, perhaps, long videos with friends, during a vacation, without running out of capacity, especially basic version and less equipped jewels Apple.

Designed for iOS devices, the key of which we are concerned is linked to these through a specific application, which synchronizes the elements. Three dimensional cuts provided: 16, 32 and 64 GB, to better meet the diverse needs of customers. As we said, the iXpand Flash Drive comes with a USB connector and a connector Lightning.