The new type “stick” computer that Intel was ready to present to the world. At the time the ide. It was called Compute Stick and promised a computer for specific functions, something that would revolutionize the market for home computers.

At first we were told that the Compute Stick Intel would have a pretty humble hardware, but more than enough for everyday tasks, and take inside Windows 8 that later would update to Windows 10, all for a price of USD $ 150 . So far so good, except for something that Intel had not mentioned, and is intended to launch a version of the Compute Stick with Linux operating system, specifically in your Ubuntu. 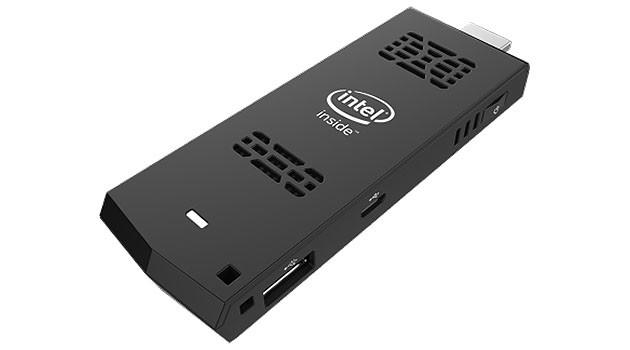 This was mentioned at least portal, which tells us that from next week will see the second version of the minicomputer Intel and news regarding price, this because it would drop $ 40 to settle at a final price of

a was good, a portable computer but not power and only required a TV with HDMI connector along with a keyboard and mouse to use it USD $ 110, dangerously close to the values ​​offered by other manufacturers and venture into this type of computers.

This little stick has a quad-core processor Intel Atom 1.3GHz, 1GB of RAM and 8GB of expandable storage with a microSD. The leading version of Linux is Ubuntu 14.04 64-bit LTE.

And so the Compute Stick Intel becomes a very interesting for those who have in mind to buy one of these handhelds alternative, after all for daily and basic functions Linux than enough, adding an important extra, you do not need to antivirus, leaving more resources available for what you have to do.

« Toshiba Satellite L70 and L50D-C-C, style and performance for new PCs
Many can Benefit from Three Deal on 4G Access while Travelling »