After announcing almost a year ago, Facebook has decided to implement message deletion in Messenger. Users will have up to 10 minutes to delete the message sent in a conversation by leaving an alert for the action in the conversation window. After that time there will be no turning back. We share some tips on how to delete messages on messenger.

This functionality comes after being available for some time available in other messaging clients. Including WhatsApp – and its origin, for a change, is controversial. Before its development became official in April 2018. It emerged that Mark Zuckerberg was deleting messages in his private conversations without the recipients knowing about it.

TechCrunch’s research, at the time, forced Facebook to announce that this feature would be available to all users of its messaging platform. The tech wanted to repair the damage caused by the initial report. After all, she was having a very bad time after the Cambridge Analytica scandal.

The deletion of messages in Messenger will be available today worldwide. An interesting point to add is that the messages will not be completely removed from Facebook. The company announced that they will be kept for a time on their servers in case there is any report from the receivers.

How to delete messages on messenger? 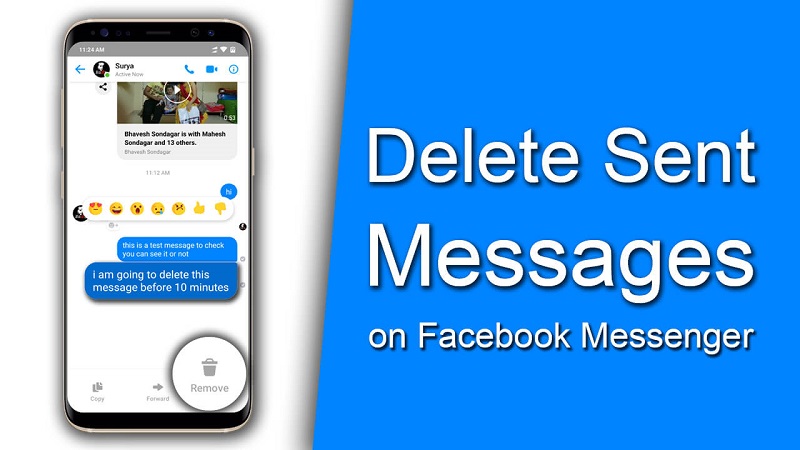 If the user has mistakenly sent a message in a Messenger conversation. They will have a 10-minute limit to delete it for both parties. After that time the option is canceled.

To delete it, just press the message in the conversation to access a lower bar where the delete option has been enabled. If the action is done within the time limit. A menu will appear where you can choose the options “Delete for all” and “Delete for me”.

By choosing “Delete for all” the message will be deleted from the conversation and instead. An alert will be left indicating to the recipient that the content has been deleted. In the event of a problem, the recipient may report the deleted message to Facebook to investigate any abuse or issue that may violate the rules.