Google Nexus Player’s official. The search engine company has filed today with the Nexus 6 and 9 Nexus, the device may still not expected. We can define it as a home console with Android, but with some kind Ouya signature written behind Google.

A new attempt by Google Android services designed to enhance their in home entertainment, after that failed Nexus Q from which he never got to know more. The new Google Nexus Player will surely remember, by the way, to that ball pileup, while it is true that this is a microcomputer with Android closer to being one that generally a computer console + media player. 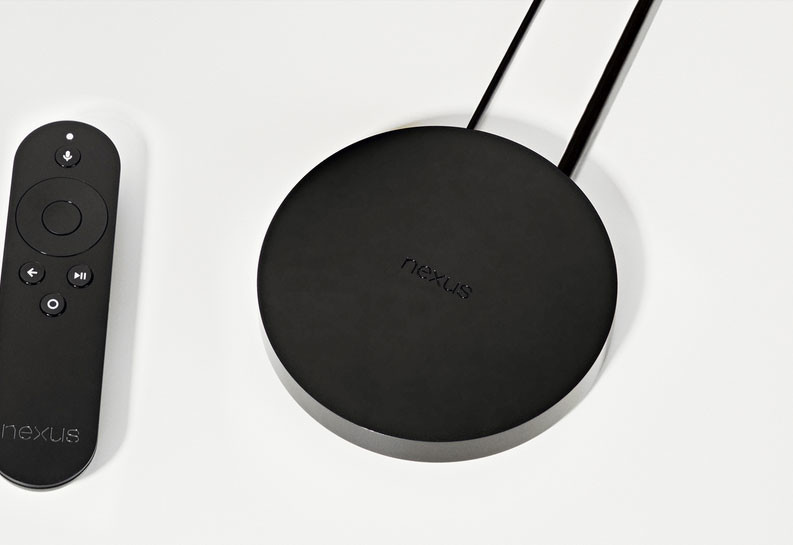 Google Nexus refers to the Player as entertainment created for you. The operating system is Android TV and he can connect a remote control or game pad. First come included and the second will be sold separately.

The included remote is perhaps interesting as it includes a microphone that will capture our voice, in order to give spoken commands. It is a very simple but enough control to move through the menu system, designed specifically to be as trivial as possible. We assume that Google will also create a specific app to control the Player from the Nexus smartphone, although so far they have not announced anything.

The game pad has the signature ASUS innovations and to have no more than two joysticks provide a four-way pad and buttons. Possibly something necessary for the catalog of Android games and certainly direct competition with Ouya, such that in its analysis both we liked but we believe he was too green, and similar consoles.

In terms of technical features, just details are known. We know that his heart is an Intel Atom Silvermont quad core 1.8 GHz., And for more details we will have to wait for the first scan of the computer.

Objective: the media. And what about Chromecast?

We all know the apps section of Google Play, and surely will have been guests on occasion. However, areas for rental and purchase of series, movies and music is less important, and it is this part that Google wants to revitalize his new Nexus Player and especially Android TV.

The system, which we discussed in his presentation , looks to be quite trivial but, in turn, provide direct and easy access to the catalogs of content from Google. We’ll see if they succeed.

Another important aspect is what will happen to Chromecast, the toy that has worked very well – possibly because of its low price, 35 euros on Amazon Spain – and although their functions are a priori much more limited than the Nexus Player, could I be relegated to the background.

Google has confirmed that Nexus Player will be sold from October 17, we understand that for now only in the US. The price is $ 99 for those parts, which allows us to think in Europe it will cost 99 euros.

« After the hype, this is what is being done to make something mainstream Bitcoin
Three Essential Basic Site Optimization »