The use of drones is new consensus within the police forces, who want to benefit from the talents of these unmanned aircraft for institutional missions.

The Illinois State Police will use drones to analyze crime scenes, evaluate scenarios in case of accident, monitor the movement of people to be arrested. It is quite common in the daily missions of law enforcement. 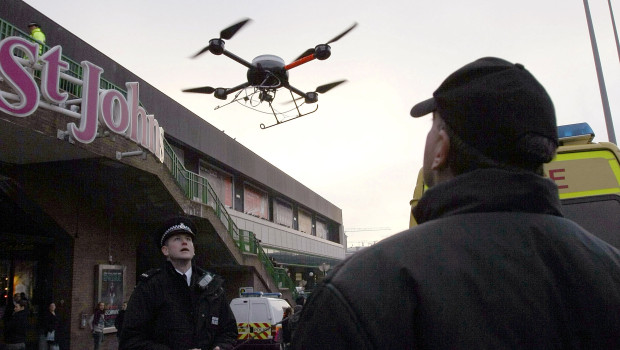 The fact that the agents of the federal state in the Midwest of the United States of America dot on new technologies is justified by the possibility of a more efficient and less risky work. The official statements, however, carefully avoid the word drone, not to create understandable alarm, especially in terms of confidentiality.

We all know how risky is the use of such gadgets, in terms of safety, to the risk of plunging vedersene someone in the head, especially when management is entrusted to non perfectly aware. In the right hands, the risk is reduced, but other concerns remain, such as those relating to the invasion of its sphere of private life.

To ward off attacks on the front of invasion of privacy, the Illinois State Police ensures that you will not make an indiscriminate collection of images and information. In practice, according to the agents, it is not a monitoring program without rules.

The thesis, in their opinion, is supported by the collaboration with the American Civil Liberties Union, with the aim of protecting the rights of citizens. All flights of unmanned aircraft involved in the initiative will be reserved for emergencies, in the service of urgent needs, to safeguard the health and the safety of the people.