Connected Car: why, how and what

What is meant by car online? One who has one or more wireless systems, data transmission and communication with the outside world beyond connecting a phone or iPod to car multimedia system (also). In general we talk about cars that can connect to the Internet, as we know it today with a smartphone or tablet, but also would be included communication systems between cars or between cars and infrastructure.

Keep in mind that the connection to the outside allows greatly expand the possibilities and functions that we enjoy in the car but also its safety. There are already models for sale include functions connected car, and it seems that in the very near future will expand these functions all the more. 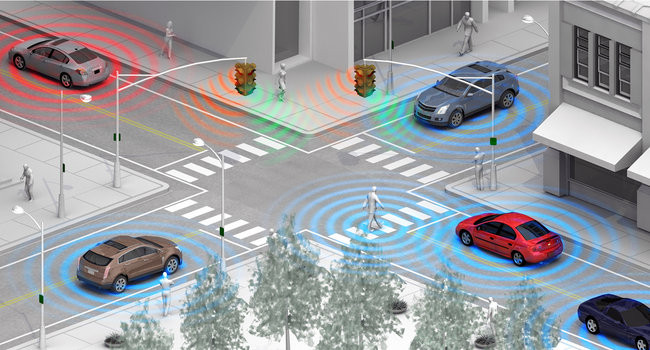 Few exceptions, we have become accustomed to a context of almost global connectivity where we can access information and forms of various media, in real time and from almost anywhere: do a search on Google of a doubt, read news from multiple sources, access your files in the cloud, or send a message.

This moves the car because drivers demand continue doing these things even when they are driving. There will be drivers who say they are not interested in it, that when driving just want to drive, but statistics show that a very significant amount to other demands, and what is worse, there are statistics that show that many drivers use the phone while lead, to make calls (hands free) to send messages or to access social networks danger that entails, for the distraction involved.

The figures change slightly depending on the country, but about 1 in 2 drivers make a call without headset or send a text message (sms, whatsapp, etc) and 1 in 4 access Twitter or Facebook (yeah, Once lead). In fact, although this may seem incredible, reality test done: just look at some of the images that captures the DGT here, people using the phone or tablet while driving, as usual.

So one of the first motivations for having connected cars is to make these things safer, less involving driver distraction.

In addition to sending messages, emails, tweets, profile updates, etc., there are more reasons to have connected cars. Again also related to security: wireless communication between vehicles, known as Car-To-Car (C2C), and wireless communication with infrastructural, Car-To-Infrastructure (C2I or C2X) enable drive with more information and with greater ability to react to an event.

These protocols allow such later learn that a car is damaged occupying a lane, there is a traffic jam, it started to rain, a car is approaching the same crossing that are coming, or that the signal will put in red , before we get to the fact itself, without us to see.

The information is transmitted from one car to another (or infrastructure to drive), and the computer that processes the data shows the relevant information to the driver at all times as a warning. For example: caring, pedestrian (even if hidden behind a truck), do not accelerate more, the next light is about to turn red, or care at the crossroads, vehicle approaching from the right (although a huge building tape us view).

Since then another motivation is to extend the convenience and ease with which to reach a destination. For example look for a very comfortable hotel from the car and the GPS navigation system directed us to reach it (and who says says hotel, restaurant, cinema, park … or whatever), with applications such as Michelin Guide, or the like.
We can cite as ultimate motivation to increase the possibilities and services. Listening to music in the car is no longer limited to just bring a CD, a ’emepetreses’ or iPod, drivers want to also access streaming music services like Spotify, or Internet radio like Pandora. thing not long ago spoke on Engadget.

But we can also, for example access features of the car away as turning on the air conditioner of the car, see how much gas (or load, if electric) is left open and close it, etc, from a smartphone, or from a smartwatch. I mentioned a few days ago on Autoblog: cars are already here connected to the mobile phone , but still has not been widespread.

This looks great, but how we can have in the car? Well, here we must distinguish first if we talk about security or Internet service.

Regarding the communication systems between vehicles or between vehicles and infrastructure (C2C and C2I), no other choice but the car have a permanent Internet connection to high speed mobile LTE to make the transmission instantly and in a matter of milliseconds. The car must carry a sim card embedded with a corresponding data line.

This also applies to access information directly from the car (Google, traffic, weather …) or remote function car (what you use your phone to turn on the heating, for example).

In the case of the other functions, communication, comfort, etc, there are two alternatives: either we installed directly into the car system all functions or have them installed on your smartphone.

If applications are installed directly on the system drive (say Spotify, Google or Twitter search as examples), the car needs an Internet connection. It may take a sim card embedded, such as the Nissan LEAF and the Tesla Model S If not, there are manufacturers that include an external USB modem with your sim card, of course, to give connection.’s for PSA Peugeot Citroën , for example.

And if the car does not bear his own sim card and data line, then it can be connected via the data line of our smartphone, either by Wi-Fi, Bluetooth or cable.

In the event that applications are not installed on the car system, but on the smartphone, this I can control from the car (with the controls, voice control, touch screen) with connection protocols smartphone / car as AppLink , MirrorLink or Apple CarPlay . In this case the data connection of the phone itself is no more.